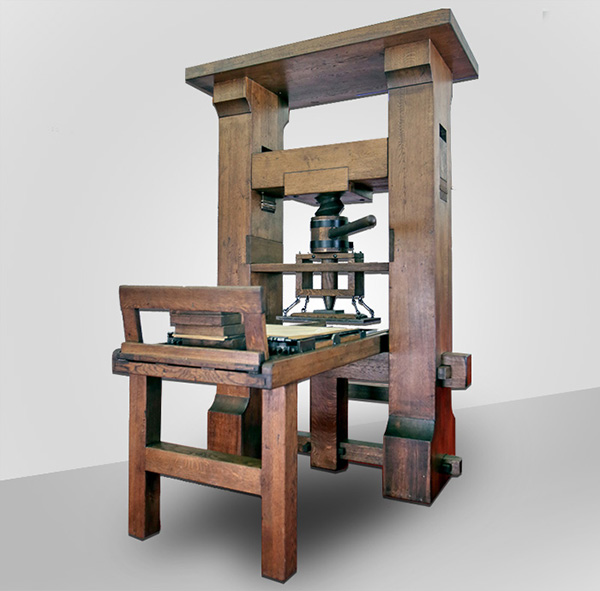 In the West, the 15th century is a significant period in printing history as Johannes Gutenberg (c. 1398-1468) invented the movable metal type. Even after inventing the metal type, the German printer went on to invent a different type of printing press which was different from the kind used in the East and also devised the production method of alloying lead, tin and antimony, which remained in use until the 20th century. He also pioneered the production method for printing ink. Based on such technological innovations, Gutenberg’s printing technology spread throughout major European cities, promoting rapid growth in the continent’s intellectual wealth. The culture of reading books, which had been exclusive to a small number of intellectuals, spread more widely and contributed to the foundation of the freedom of ideas. With the Reformation, the Renaissance, and scientific advancements, universal education for literacy was implemented and printing technology continued to develop during the 19th and 20th centuries. In terms of the mass distribution of information, Gutenberg’s printing technology allowed information to be produced and spread in large volumes in the West and thus played a crucial role in the public dissemination of knowledge. The invention of the movable metal type can be said to have played an essential role in ushering in modernity in the West.